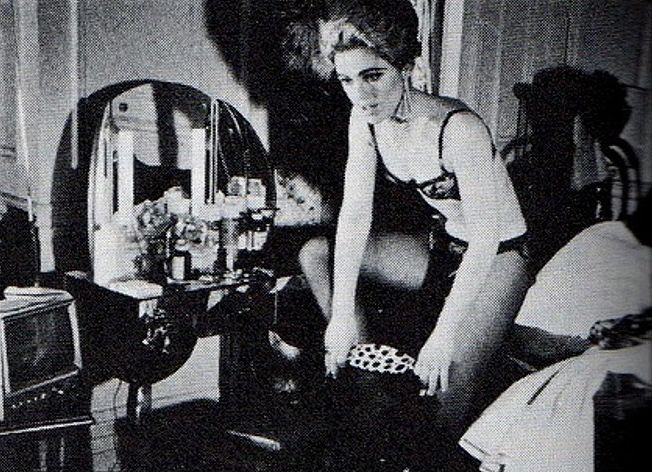 The film opens with almost no sound, Edie Sedgwick’s head in an awkward and very out-of-focus close-up. Her eyes are closed; she appears to be sleeping; nothing is happening. And while there is sound after a few minutes, the black-and-white film remains resolutely out of focus for the entire first half of its 66 minutes.

Here, as elsewhere in his art, Warhol argues that all things are equally beautiful, every surface a potential object of desire, and that therefore the distinctions between things dissolve into nothingness. The viewer of Poor Little Rich Girl sees not only a self-destructive young woman but a more generalized vision of beauty so nonspecific that it's poised at the brink of its own annihilation...But by pushing voyeurism and an obsession with surfaces to an extreme, he expresses a deep truth about the nature of consciousness—that any experience will, if pushed to its limits, bring one to the edge of the void. In this he speaks to all of us: who has never felt an emptiness at the heart of reality, or within his own soul?